From June to August 2020, Asian Beacon ran a writing competition. During the period, we received numerous entries. Due to the nature of a competition, we could not feature all the entries on our website at that time. However, many of the testimonies were truly remarkable and we always felt a pity that we could not feature all of them due to the earlier constraints. We have now chosen to establish Wednesday every week as a day to feature these testimonies.

Aside from some formatting and grammatical editing, we have decided to let the testimonies be in the original voices of their writers. The Asian Beacon team would like to thank everyone who has participated in this competition.

Having received a few feedback regarding certain entries in our competition, we feel we need to clarify a few things:

Asian Beacon would like to reiterate here that we are all members of Bible-believing churches and we hold to the evangelical creed. We thank those of you who have raised your concerns and hope this will help answer your questions.

Audio Version: Out of the Miry Clay

Out of the Miry Clay

Depression may seem like one of those things that only happen to others, but it can strike any of us, and often seemingly out of nowhere. It can involve not just mental and emotional battles but spiritual ones as well.

The writer of this testimony, JS Tan, shares the importance and vitalness of support from close ones and the power of love and prayer from Christian friends and family. What the devil had intended as evil for her and her family, God turned around for His glory. What had been a dark experience, God redeemed and led the writer to a more abundant life.

The year was 2010. I woke up with drips and wires attached to me, heart monitor beeping, my husband close by my side in tears. Slowly it dawned on me what I had done. I was in the Emergency Department of a hospital, having been brought over by ambulance hours earlier. I had attempted to end my life.

I grew up in a good and loving family. I had given my heart to Jesus when I was 10. I was a leader in Christian youth groups for many years. I married the man of my prayers, hopes and dreams right after university. We just had a baby several months prior and were making plans to head overseas for missions. Everything was looking up, so how did it all go so terribly wrong?

We were living in New Zealand at that time without family support. Family did come over to help during the confinement period after our baby was born, but the months that followed were filled with sleepless nights and anxiety as the baby slept poorly and had feeding issues. On a whole, our baby was in fact healthy and growing well. I, on the other hand, was on a mental decline. Subconsciously, I was feeling resentful that my husband could still go out to work every day and socialize with friends, while I had to put my career and time with friends on hold because our baby refused to feed off a bottle and was a fussy feeder when we were out. I found myself overwhelmed and on the edge all the time.

Insomnia was the worst. For weeks on end, I found myself lying in bed wide awake, listening to the ticking clock in the dark of night, until it was time to start another grueling day of nappy changes, feeding and settling the baby. I found it difficult to accept help as I did not want to be a bother to anyone, especially to my husband who was juggling a full-time job with evening studies. I felt numb most days, if not highly anxious and indecisive. The guilt was gnawing away at me as I could not pray either.

I felt like a lousy Christian, mother, and wife. I did not know at that time that hormonal imbalance from childbirth had wreaked havoc with my brain. By the time I was diagnosed with Post-Natal Depression by my GP, the downward spiral was well underway, and I was in a deep dark hole, resulting in that fateful trip to ER.

“We can’t let your wife go home with you. She is a danger to herself,” two men from the Crisis Assessment Mental Health Team told my husband. “We are bringing her to a respite care centre. You can bring her clothes and things later.”

The next thing I remember, I was sitting in a car with two strangers, clutching a paper bag containing some of the items I came to the hospital with, heading to a house in the middle of a quiet suburb for “respite care”. It was late at night when we arrived. I was ushered into a room, told I would be supervised 24-7 by a mental health worker, and warned not to try anything to harm myself otherwise I would end up in the psychiatric ward at the hospital. There would to be no privacy even while I was showering. One of the other patients at the centre was an oversized woman with schizophrenia. She would stare at me with large scary eyes and say in a loud voice, “Suicide is a sin!” It felt like I had gone crazy and ended up in a mental asylum, and all I could think of was how to run away.

It took a good week before the medication they put me on started to kick in to calm me down, and another week before I could finally sleep at night. The first dream I had after so many months was of two pastors from my youth group days, telling me they were praying for me. Our church pastors visited and told me they loved me no matter what. Even though most members at church were not aware of the specifics, many were praying, and someone shared with my husband this picture of our family in a little boat in the middle of a stormy sea, and how God had us in the palm of His hands.

In spite of my fears that my husband would leave me because of what I had done to him and our child, he was my stalwart knight, always by my side whenever he was allowed to visit, bringing reminders from home like our wedding photo to remind me of the vows he had spoken to care for me “in sickness and in health, for better or for worse”. Close friends were a huge support during this time caring for our little one. My family and in-laws were also praying hard for me, speaking words of life over me from across the seas back in Asia.

Those who have battled with mental health issues know it is not a matter of “snapping out of it”. It took me months to find some semblance of the old me, and several years before coming off medication. Returning to work part-time helped to give me the social and intellectual stimulation I sorely missed. Recovery came gradually through medication, counselling, and the prayers and support from family and close friends.

I saw two counsellors. One, a maternal mental health counsellor, who met with me and my child for several weeks to help me rediscover a bond with my child. The second was a Christian counsellor, as I was ridden with guilt and found it hard to call myself a Christian by that stage. After a few sessions, I vividly remember her saying, “What is stopping you from coming to God?” I told her that it was the guilt of trying to end my life. She explained the forgiveness of God and asked if I ever repented and told God I was sorry for what I had done. I repented with her as my witness, and felt a huge burden lift off my shoulders that day.

The depression brought to light more personal self-esteem issues I had shelved away through the years. The journey to recovery was a time of confronting these fears. I learned to step out and try new things. An older woman from church took me in her care and invited me and my child over every Friday to hang out at her place. I learned to bake and sew from her, and she has become a dear friend and an honorary grandmother to my children to this day. I completed a certificate in early childhood education, which gave me fresh perspective of my child’s development. I joined the church worship team, something I had wanted to do but held back on since arriving in New Zealand. I got involved with play groups and began to enjoy being a stay-at-home mom with a part-time job.

In June 2011, with some trepidation but plenty of support from those around us, our little family left New Zealand to answer God’s call to do missions in Thailand. We were in Thailand for six years before moving back to Malaysia in 2017.

Even though the enemy intended evil for me and my family, God turned this dark episode around for His glory. I am not the same person I was before. I have a deeper understanding of God’s unconditional love now. I have tasted His grace and mercy. Depression can hit the best of us. God has put in my heart a compassion and empathy for other young moms and those going through mental health challenges. I am saddened but no longer judgmental when I hear news of self-harm, because I have been there. I know what it is like to be in that deep dark hole with no way out, and how crucial the unconditional love and support of a community and God’s intervention are in times like these.

These verses in Psalm 40 spoke to me while I was in respite care and sums up the journey I have been on. The promise at the end is what I carry as I share this story with you.

“I waited patiently for the Lord;

And He inclined to me,

And heard my cry.

He also brought me up out of a horrible pit,

Out of the miry clay,

And set my feet upon a rock,

And established my steps.

He has put a new song in my mouth –

Praise to our God;

Many will see it and fear,

And will trust in the Lord.”

A Meditation on Psalm 23

A Meditation on Psalm 23 Contributed by Charis Christian Centre, from a sharing by senior pastor Lawrence Yap Psalm 23 is one of the favourite

Awesome Asian Youth Ambassadors by Chris Quah Proverbs 29:18 states that “Where there is no vision, the people perish: but he that keepeth the law, 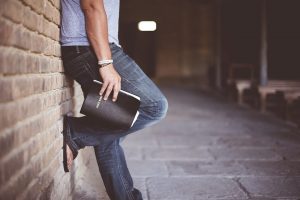 We Are Not in Control. God Is.

We Are Not in Control. God Is. by Chris Kam, Senior Pastor of Damansara Utama Methodist Church (DUMC) 2020 will be remembered by many as 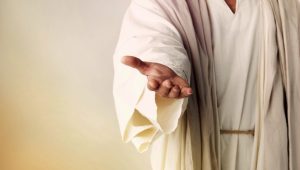 WHEN LIFE MAKES US WEARY

WHEN LIFE MAKES US WEARY by Victoria B “Life is not easy,” as M Scott Peck once wrote. It is full of highs and lows,

Is It Ok to Ask, “Why, God?” in Times of Suffering? by Melinda Yeoh Many of us Christians are not comfortable with our feelings and 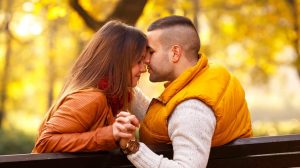 Building Trust A marriage stands or falls on the quality of its foundation by John Townsend Trust is the foundation of every successful marriage, but